آلبوم Sun Of The Sleepless – To The Elements 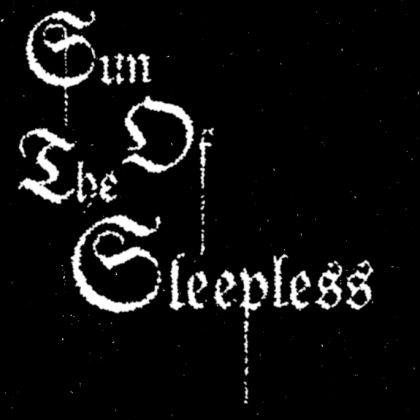 Now my charms are all o’erthrown,
And what strength I have’s mine own,
Which is most faint: now, ’tis true,
I must be here confined by you,

Hear sound in the trees
The Wind in the leafs
Old, old wisdom’s found
where the branches sound

From the ashes a fire shall be woken,
A light from the shadows shall spring;
Renewed shall be blade that was broken,
The crownless again shall be king.
~J. R. R. Tolkien 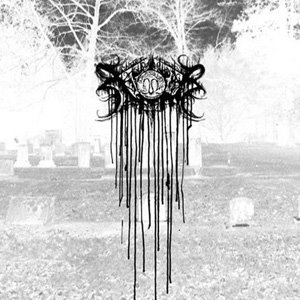 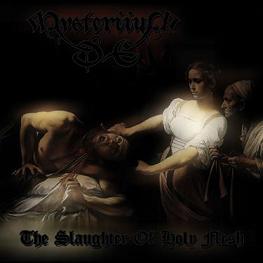 1. Anahita [Goddess Of The Nature] (Apadana Cover)
2. The Slaughter Of Holy Flesh
3. All The Nemesis Is Here (A Tribute To Bathory)
4. The Dark Spirit Of The Night

Interview with Woods of Infinity

Misty-Graveyard : My greetings to Melkor and Ravenlord. To begin this interview, please give us information about WOI’s history and music.
Ravenlord : Melkor could not participate due to unwillingness. We started in April 1999 cause we were listening to a awful demo and thought we could do better and so W.o.I was created, demo 1 – the northern throne was recorded the same evening but is not serious enough for spreading, two months later Skog was released and from that point, we understood we had something going on and the seriousness was injected into us. I’m not going to talk of all the things that have happened to us, no book is to be written here. People obviously liked us and we were receiving great response.

Misty-Graveyard : “Hamptjärn”, your last work, is a masterpiece. Please explain briefly the philosophy, lyrics, and the idea behind this album.
Ravenlord : Melkor wanted to to a concept album and I was not against it so we tried but it was a bit tricky to make it all fit together; words, feelings, music, arrangements.. but it turned out great even though it only became half the album. The story is translated into English on the LP version so buy it cause it’s too lengthy to talk of now.

Misty-Graveyard : We have seen unparalleled and incomparable works done by WOI during the last 3 albums. “Hejdå” and “Ljuset”, in 2005, created a great revolution in WOI’s and the entire Europe’s music. Also WOI shone with “Hamptjarn” again. Tell us about the structure and the idea of the works such as; “Iakttagen”, “Sakrament”, A Love Story, and also the “Vid Kedjan Av Kommande År”.
Ravenlord : We wrote the lyric to Iakttagen on Melkors bed whilst listening to HEart of the ages with candlelight’s lit, we fantasized and wrote. Sakrament is about me murdering a close friend because the friendly love I feel for him, I wrote it on the birthday of a friend but who I thought of whilst writing is a mystery.. A love story was written when I observed a playing girl outside my window in the early summer. Could she be my wife? My child?
I don’t think we are as revolutionary as you say.

Misty-Graveyard : At the end of the year 2005, it was told by online zines that you were preparing for a live gig in Sweden, and also that you were looking for drums, and bass players. Did you perform this concert? If so, please explain the details. Are you planning for any performance in the future?
Ravenlord : I’m too shy to perform live and to be amongst drinking hordes of brainless shouting morons is not my pint of Samiclaus, really.

Misty-Graveyard : You have 3 split albums with the bands “Armagedda”, “Joyless”, and “Horna”. Each of these bands has an especial style. What was the reason of choosing them? It’s told that you would have a split album with the band “Hypothermia”. Please tell us about this.
Ravenlord : Armagedda wanted to split with us after they’ve met us in 2002 and they helped us to reach more die hard undergroundians. great ep. I’ve been listening to Forgotten Woods since 1995 and through e-mail Melkor got in touch with Olav and in time a split with Joyless were discussed and made reality. Horna’s Shatraug told me that “Förintelse & Libido” was one of the best demos he ever heard and later suggested a split between our bands and we were all for it. cute cover. The split with Hypothermia will come out this year and is fatally delayed, it’s going to be a fantastic release!

Misty-Graveyard : In my opinion your music and lyrics are always different from the previous works. Hateful and intact music which for sure performs the best music of our nowadays Black Metal. The lyrics, in different styles are very emotional. Tell us about this creative power. To put in another word, how or where do you see your place in Black Metal?
Ravenlord : We are a part of the black metal scene and I love each second of it. Creative power? It’s my feeling of unbelonging, hate and loneliness that invoke my lyrics. a result of a mentally dying person.

Misty-Graveyard : In your opinion what is an Artist’s mission?
Ravenlord : Expression. 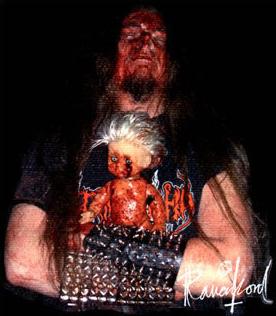 Misty-Graveyard : One of WOI’s best work is the cover of “Darkthrone”, “Quintessence”. Explain the idea of choosing this song, and also the reason of covering “Old Songs” track from “Barry Manilow”. It says that “Moonlight Shadow” ’s cover was never released officially. Was there any specific reason?
Ravenlord : Quintessence was chosen cause as a Satanist I worship the lyric, and the song is very appealing as well. It’s a full feeling cover and primitive. Old songs vere done cause Barry is the crowned king of melancholia and grieving, got to know he is jewish too late, 88! “Moonlight shadow” was recorded the same evening after “Det som Hände” year 2000. It was a good song we often listened to during beer consuming.

Misty-Graveyard : On of the most general things we have seen in WOI, are using of bloody dolls and Quean pictures and images. Also, there are lustful and sensual scenes through some parts of music and lyrics. I am very curios to know the reason of using them.
Ravenlord : Every one have dreamt of killing some innocents sometimes and we got a bit further but still not all the way. blood has a nice colour and dolls, as those we used, can be beautiful. Sex is important and pornography enlights a decadent living.

Misty-Graveyard : What is your feeling toward the relationship with popular Black Metal band members such as; “Diabolus” from “Black Funeral”, “Noktu Geiistmortt” from “Gestapo 666”, and “Malefic” of “Xasthur”, who worked with you in “Sick” project. What was the reason that Sick got disbanded?
Ravenlord : We have no relations to any of those men. the mainman contacted Melkor and I wrote a perverted lyric. I don’t know if Melkor did drums as supposed. We never heard from him again.

Misty-Graveyard : Tell us about your thoughts, emotions, beliefs, and interests.
Ravenlord : Again, no book will be authored. But mainly negative thoughts, I hate to much and that is not well for me. I carry allot of emotion, unspeakable. I believe in Satan and the past reich of A. Hitler and company. We will build a new empire soon and we won’t fail.
I’m interested in sexual abuse, strong alcohol, black metal, occultism, forest wanderings, pornography, self therapy and sauna. 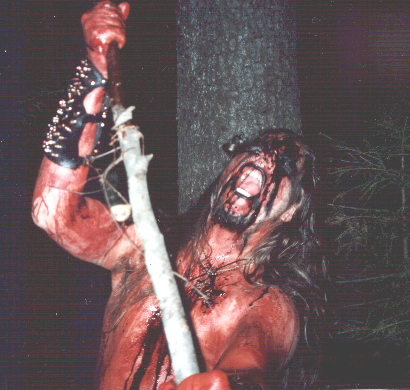 Misty-Graveyard : In a video clip which has released, there are parts that show World War II. What were your thoughts behind it? Do you have any special interest in Adolf Hitler’s goals, racism, and neo-Nazism theories?
Ravenlord : Yes We’re burning for those matters! The swastikas on my walls welcomes me home after exhausted days of work. Sweden is suffering allot by non-european immigrants
and the government are trying to fool our people they have a worth.

Misty-Graveyard : Among your albums within recent years, which one do you like better? What are your favorite bands? Are you interested in any other music style? Do you have any opinion about Persian Black Metal?
Ravenlord : I can’t say I like one more than the other, there are perfect emotional moments in all songs. Uppgivet Hjärta is an emotional favourite. Some great bands are: Baptism, Ophthalamia, Varathron, Hypothermia, Fleurety, Sturmtruppen, Diaboli and Gaszimmer. I listen to many kinds of music; some country, blues, melancholy tunes, industrial and some more. I know no Persian music, I heard Be Persecuted from China and I liked what I heard, but so close to Iran ain´t China and I know my geography!

Misty-Graveyard : Your last words …
Ravenlord : Keep on hating Israel! Expand the war against the real terror; Israel, U.S.A, Zionism, Thanks!