“Haft Khan” is the name of the sixth album of the Iranian-Norwegian band From the Vastland , released by Satanath Records. Sine, composer, vocalist, guitarist, and, of course, the founder and sole member of the band, accompanied by bassist Tjalve and drummer Spektre . Sina started working with the Sorg Innkallelse in 2004 and founded the From The Vastland project after attending the 2013 Norwegian Inferno Festival. His appearance in the documentary Blackhearts (by Fredrik Akselsen), which is about the stories of several musicians who immigrated to Norway, made him famous and his activities in black metal music. 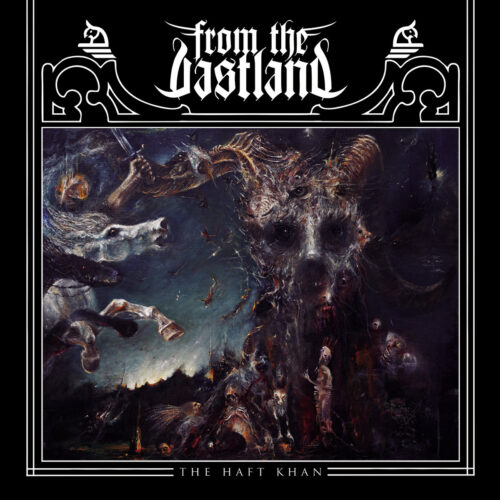 Haft Khan album, like all previous works from From The Vastland that paid special attention to Iranian history, legends and myths, is taken from the story of Haft Khan Shahnameh of Ferdowsi and Rostam’s battles in Mazandaran to liberate Kikavous. The album has a high-tempo epic structure that reminds the listener of the early 1990s Black Metal and the works of Gorgoroth and Immortal with successive, sometimes rhythmic shouts and riffs. Although the album evokes a concept, the songs have a special and different dynamic; Fast or slow riffs distinguish each crack from another. The cinematic and, of course, epic sound at the beginning and the ending of each track creatively simulate the intro and outro of each “khan”. Apart from the dramatic drum marches at the beginning of the songs, some of the melodies also have a black metal theme of Iranian (Eastern) songs. This 46-minute album has seven tracks, each of which deals with one of the Khans.

In the mountain of Sparus

Of the city of Mazandaran

Rostam is at the gate

Arzhang is the guardian

With his corpse at the gate

All around the city’s wall

One by one ready to fight

Rostam is with burning

Torch in his right hand

With spear in other hand

Ready to start the fight

The hero is getting ready to attack

With his mace and massive sword in hands

He ties Ulad to a tree with rope

Making sure he can not betray

Hero is yelling with wrath

Towards the Arzhang demon

He reaches the demon

In a blink of an eye

Kill him by his hit

With his mace and fist

Shocked and scared of the hero

Now the gate is open

And final chapter is ahead

The last stage of his journey

The seventh labour is about to begin

Listen and buy the album: