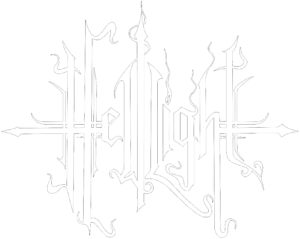 The Brazilian band Helllight was formed in 1996 and is one of the pioneer bands in the Atmospheric Funeral Doom Metal scene. “Until the Silence Embraces” is the seventh album of Helllight and also one of their best. This album takes you to the dark forests of the Amazon and fills your soul with boundless sorrow; A cold and lonely soul that wants to be cuddled by death. The harmonious atmosphere of this album not only immerses the listener in its solitude, but it is like a journey experienced in his nightmares. Humans always struggle within. He fights like there is an epic war. This is the feeling you will experience on this album. When the drums penetrate the mind and create a timeless sense, when the weight and intensity of the guitars accompany the purest melodic solos, the vocalist gently quenches this enormous rage with his insane voice.

The heavy melodies on this album, which are more or less like other Doom Metal bands, will satisfy the fans of this genre. The album in front of us is a unique and intellectual, which penetrates deep into the mind and soul of the listener. This album continues to follow the policy of the previous three works of the band. It should be noted how Helllight still retains its original essence, new elements and innovations have been gradually added to the band’s music from the beginning until now. It can be said that most of these initiatives have shown themselves in the 2013 album called “No God Above, No Devil Below”. In the 2015 album called “Journey Through Endless Storms” you can find both atmospheric and progressive elements, and of course, this trend can also be seen in their 2018 album, “As We Slowly Fade” but with the difference that the symphonic element stands out in it. It is safe to say that “Until the Silence Embraces” is the culmination of the band’s evolution. In the 6 tracks of this album, we see the keyboard stand out, which both creates the required ambient space and fills the empty spaces of the instruments. The bass guitar is excellently designed. Drums are played recklessly and play a key role in the album. In the track “Rise Above the Stars” the keyboard leads the trend; Sometimes it becomes subtle and ethereal, and sometimes with a sense of sadness and anxiety. And that may be because of the circumstances or even the pain we have embraced through our lives. Track “Until the Silence Embraces” is one of the main and huge tracks on this album; A strong and melodic track which the style is unique and in one word it can be said: Transcendental! “Leaving The Dead Moment”, which is very similar to the works of bands such as Ahab and Woebegone Obscured; Sad and depressing with beautiful acoustics that lift the weight of the electric guitar in the last minutes (like someone who wants wine in the dark and thoughts to accompany!). Track “Dying Sun” is a work that focuses more on Traditional Funeral Doom and was accompanied by John McGovern. Grief is the only word that can define “Legacy of the Broken Ones”; In this track, there is no light or way to breathe, but everything is trapped in the depths of the abyss and darkness, and it is like an anti-parasite in the graveyard of hope! “The Ephemeral Auroras” is a sublime representation of this album. Its beauty not only bothers you but also breaks and shatters your soul. The band’s mastermind, Fabio de Paula, has once again used all his abilities on this album. Listening to this album and being cool at the same time is almost impossible. Unless you are already dead or not human at all! As you listen to this album, your eyes will be filled with emotion, your soul will crawl into a deep corner of your being, and you will finally see its calm end.

You cannot ignore the works of Helllight. Each effect brings its own experience. The effects of this verse should not only be heard but should be felt, tasted, and experienced over time; As it is: regardless of ourselves and what comes from our pride. We are, in fact, children who, only in imagination and arrogance, have turned ourselves into invincible giants. In the end, it can be said that “Until the Silence Embraces” is an extraordinary, melancholic and magnificent artwork.